The Index initiative is convened, funded, and overseen by the Foundation for a Smoke-Free World. The Foundation is responsible for overall strategic direction and governance in line with its bylaws and strategic plan.

Euromonitor International is responsible for Index process design, research and analysis, and reporting. The Index Advisory Panel provides independent, non-technical insight and non-binding advice on the evolution of the index with regard to its value as a tool to assist stakeholders in monitoring, evaluating, and incentivizing tobacco company behavior, including actions that demonstrate commitment to credible pathways and relative progress toward tobacco harm reduction.  The Technical Committee provides advice and insight to guide the development of the Index methodology in the areas of metrics and assessment criteria, determination of weightings at the indicator, sub-category, and category levels, and technical consistency with stated goals. 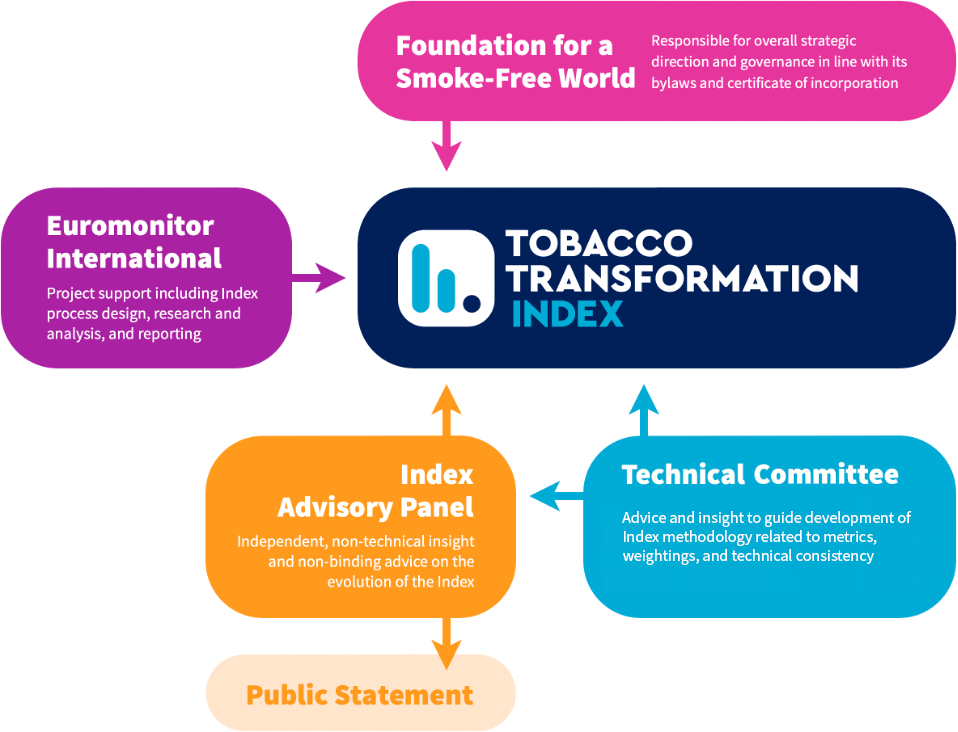 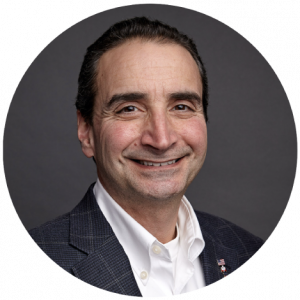 David Janazzo leads the Foundation for a Smoke-Free World’s efforts to transform the global tobacco industry and nicotine ecosystem to end smoking in this generation. The Foundation’s first action in this area has been the creation of the Tobacco Transformation Index ™. In his capacity as EVP Operations and Finance / Chief Financial Officer, David oversees the internal operations and the financial functions of the Foundation, including accounting and auditing, as well as financial planning, analysis, and reporting. In addition, he directs independent research and data analysis associated with relevant industry issues.

David’s extensive work experience includes positions with Fortune 100 companies. Formerly, he was a fundamental stock analyst at Merrill Lynch, where he covered US telecommunications services. At Time Warner Cable, David was a Senior Director in treasury, pension, and investments, as well as in financial planning and analysis at Time Warner Cable. Earlier in his career, David was the Director of Investor Relations at Verizon and held technical and management positions at AT&T.

The Index Advisory Panel, as defined by its Charter, provides independent, non-technical insight and non-binding advice on the evolution of the Index with regard to its value as a tool to assist stakeholders in monitoring, evaluating, and incentivizing tobacco company behavior, including actions that demonstrate commitment to credible pathways and relative progress toward tobacco harm reduction. The Panel operates independently from the Foundation for a Smoke-Free World and without any industry involvement. It serves strictly in an advisory capacity. The Panel does not have any formal decision-making authority other than adopting positions and making recommendations to the Foundation and the Index development team. At the end of each Index cycle, the Panel delivers a statement for publication on the Index website.

The Index Technical Committee provides advice and insight to guide the development of a robust Tobacco Transformation Index methodology in the areas of metrics and assessment criteria, determination of weightings at the individual indicator, sub-category, and category levels, and technical consistency with stated goals. The Technical Committee collaborates with the Index team and works in concert with the Advisory Panel in advancing the Index program through its release cycles. 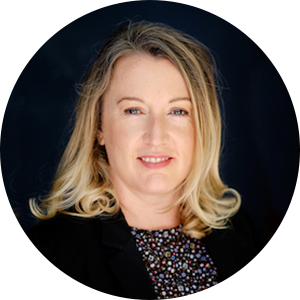 Louise has 20 years of experience working on global initiatives that have changed how the private sector, investors, and financial institutions think about value creation through improved environmental, social, and governance (ESG) performance.

Louise is the founder of First Principles Sustainability Services, based in Cape Town, South Africa.Since 2010, First Principles has provided research and advice to global clients on new developments in private sector sustainability, sustainable finance, and impact investing. In 2019, First Principles incubated the ESG Tracker rating tool (www.esgtracker.com), working with leading international impact funds to accelerate the adoption of ESG and impact management in private equity. She joined forces with co-founders in 2020 to establish the Vukani Impact Collective.

Since 2005, she has worked for the International Finance Corporation (IFC), part of the World Bank Group, on projects across Asia, Africa, Eastern Europe, and Latin America to promote sustainable business and financial sector practices in emerging markets.

Louise is committed to empowering investors to drive positive transformation: “Investor engagement can accelerate the transformation of industries like tobacco. A successful index will change the conversation between companies and shareholders to focus on innovation and differentiation through harm reduction.” 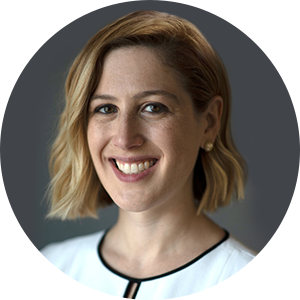 Stefanie Miller is an industry-leading tobacco investment research analyst based in Washington, DC. She specializes in the regulatory, legal, and political risks to the tobacco sector. Her work focuses largely on the threats and opportunities to companies created by U.S. Food and Drug Administration tobacco regulations, congressional tobacco control efforts, new entrants and innovative products moving into the nicotine market, and public health distrust of “Big Tobacco.”

Stefanie also leads research in US politics and elections, trade policy, and cannabis. She has more than a decade of experience working with institutional investors to better navigate regulatory risks to the economy, the financial markets, and specific sectors therein. Stefanie’s best-in-class research has hit on a wide range of policy areas such as congressional tax reform and the health care repeal efforts of 2017, congressional passage of the Affordable Care Act and the Dodd-Frank Wall Street Reform and Consumer Protection Act in 2008, ongoing administration actions impacting the tobacco and cannabis sectors, and recent congressional scrutiny of the Big Tech industry.

Stefanie believes deeply that companies can be a force for good as well as for profit. She holds a Master of Business Administration degree from Georgetown University and a Bachelor of Arts in economics and political science from the University of Nebraska. Stefanie appears frequently as a commentator on CNBC and Bloomberg TV, and is quoted regularly in the financial press. 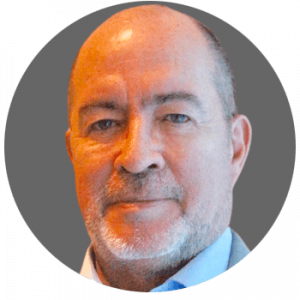 Alejandro Jara is an international trade lawyer who brings a wealth of expertise to the Advisory Council. Having served as the Chilean ambassador to the World Trade Organization (WTO) and, subsequently, as that organization’s Deputy Director-General, he has extensive experience in international governance, multilateral diplomacy, and international trade.

Alejandro joined Chile’s Foreign Service in 1976. He served in Chile’s delegation to the General Agreement on Tariffs and Trade (GATT) and was the Coordinator for Trade Policy Affairs of the Economic System for Latin America (SELA), as well as the Director for Bilateral Economic Affairs and Director for Multilateral Economic Affairs. Alejandro acted as Chile’s Senior Official to the Asia-Pacific Economic Cooperation (APEC) and Deputy Chief Negotiator for the Chile-Canada and the Chile-Mexico Free Trade Agreements. In 1999, Alejandro was designated Chile’s Director General for International Economic Relations.

After serving the Chilean government and the WTO Secretariat, until 2016 Alejandro practiced international trade law at the Geneva office of King & Spalding. He currently practices in Santiago, Chile, and also teaches at universities in Chile, Mexico, and China.

Born in Santiago, Alejandro obtained his law degree from the Universidad de Chile in 1973. As a Fulbright Scholar, he pursued graduate studies at the Berkeley Law, University of California at Berkeley.

Alejandro is fully engaged to contribute to all efforts to assist smokers to quit or switch to less harmful nicotine products. He sees the Tobacco Transformation Index as a key instrument of transparency to both measure and encourage the contributions by tobacco companies to this end. 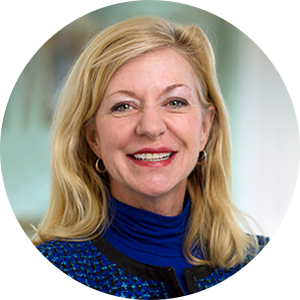 Leslie Wolfe brings to the Panel a rich background in senior public and private sector roles. Now an independent international consultant in health care transformation and leadership, her previous position was at Maximus, a leading provider of health and human services. There, she held the position of General Manager of Global Health and led transformational projects and business growth in the United Kingdom, Canada, and emerging markets.

Leslie has a keen interest in the Tobacco Transformation Index™: “We know it’s necessary to increase the pace of harm reduction. That’s why I am looking forward to contributing to this new and complementary approach of the Index.”

Leslie holds a Bachelor of Science degree from the University of Guelph, Ontario, and is a certified accountant with a Canadian accounting body. 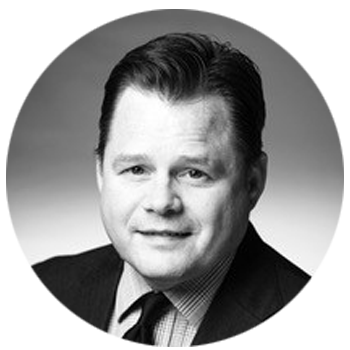 Erik Bloomquist, CFA has worked on Wall Street and in the City as an analyst and consultant covering global consumer staples for over 20 years, focusing on the tobacco and nicotine industries for over 15 years.

While working for J.P. Morgan and Berenberg, he consistently attained top rankings in external and internal investor surveys, including the European Extel and Institutional Investor surveys, and uniquely earned concurrent top ranks for tobacco coverage in the European, U.S. and Japanese Institutional Investor surveys while at J.P. Morgan. He was the first to cover tobacco as a global sector, at one point covering firms from the U.S., U.K., Japan and Brazil directly. His professional interests include tobacco harm reduction, the implications and comparative effects of regulation and taxation, and the Japanese tobacco/nicotine market.

He earned a Master of Business Administration degree in Finance, Investment & Banking from the University of Wisconsin-Madison, which included the 2 year Applied Security Analysis Program and an Master of Arts focused on international political economy from the Jackson School of International Studies at the University of Washington. He holds the Chartered Financial Analyst designation, has been quoted in publications including the Financial Times, and was the only analyst featured in the BBC documentary “Burning Desire”. He has been the moderator of the investor panel for the GTNF since its inception in 2008 as well as a panelist at numerous other industry events. 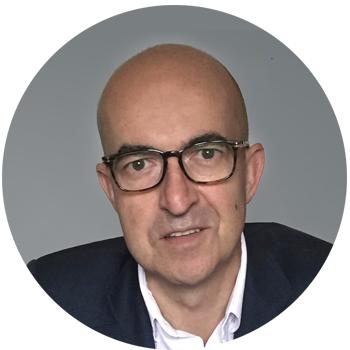 Before starting Idwala, Pieter spent 30 years as an investment analyst with international investment banks and fund managers, including Credit Suisse and UBS. He is a tobacco sector specialist, with coverage spanning more than 20 years.

Pieter holds a B.Comm (Hons) Investmangent degree from the University of Johannesburg.