Companies are required by law to comply with certain marketing standards. To date, six companies have taken this further by implementing their own supplementary policies but the level of granularity varies significantly from company to company.

Detailed marketing principles and practices are necessary to demonstrate a genuine commitment to harm reduction.

The introduction and growth of reduced-risk products has encouraged companies to reevaluate their marketing principles. Altria, BAT, Imperial, JTI, and PMI have adapted marketing policies to apply to all products. PMI is building a new marketing code combining its previous code, which was geared towards combustible products, with its Good Conversion Practices (GCP) guide, which was for smoke-free products. 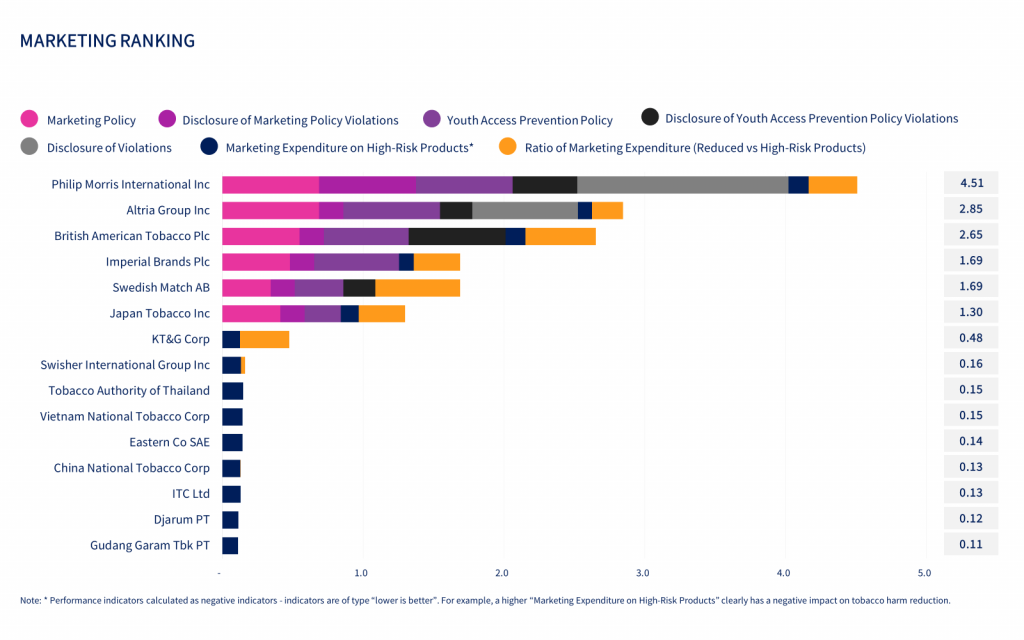